From above topic we learn the generator protection in detail.

The protection of generator should be co-ordinate d with associated equipment. It is costly and important equipment. It should not be shut off as far possible because that would result in power shortage and emergency.
Generator unit up to 500MW have been installed in India.

1000MW unit capacity turbo-generator has been installed in U.K during 1970s.
A generator is protected against several folds. Table 33.1 gives data about the present practice of generator protection.

In generator protection schedule most common fault is external fault as like SC.

During external fault with large short-circuit currents, severe mechanical stress will be imposed on the stator winding. if any mechanical defects already exist in the winding , these may be further aggravated. The temperature rise in however, relatively slow and a dangerous temperature level may be obtained after about 10 seconds. The external fault is that fault on bus bar are not covered by generator protection zone.

Continued overloading may increase the winding temperature to such an extent that the insulation will be damaged and its useful life reduced. Temperature rise can also be caused by failure of cooling system. In large machine thermal element are embedded in the stator slots and cooling system.

In generator protection it is most required that load share without unbalancing.
“
Continued unbalanced loads, equal to or more than 10 per cent of the rated current cause dangerous heating of the cylindrical rotor in turbo-generators. Salient pole rotors in hydro-generators often include damper wingdings and are, therefore much less affected by unbalance loading.

In generator protection it very common because maximum fault become in stater.
Stator winding faults involve armature winding and most therefore be cleared quickly by complete shutdown of the generator. Only opening the circuit does not help since the EMF is induced in the stater winding itself. The stater faults include
1. Phase to phase faults

The field system is normally not connected to the earth so that a single earth fault does not give rise to any fault current. A second earth fault will short circuit part of the winding and may there by produce an unsymmetrical field system, giving unbalanced force on the rotor. Such a force will cause excess pressure on bearing and shaft distortion, if not cleared quickly. 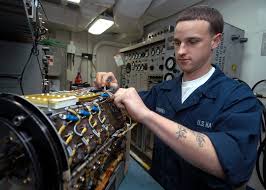 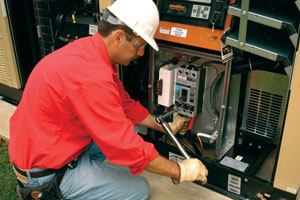 This caused by direct lighting strikes to the aerial lines in the H.V system. Induced and capacitive surges can, however, reach the generator by the unit transformer. The amplitude and the duration of the surge on the generator side depend on the type of lighting arresters used on the H.V side and also on the actual configuration of the H.V bus bar.

7.Moisture in the generator winding

This is the generator is to be avoided. Moisture detectors and drain must be provided at all points where liquid can collect. The situation can  rise where the makeup hydrogen is moist and can thus introduce moisture into the generator event if the cooling water circuit is absolutely leak-proof.

Over speeding of generator over speeding may occur as a result of a fault in the turbine governor or its associated equipment. If the main generator circuit breaker is tripped while full electric power is being delivered to the network, dangerous overspending is prevented by the normal actions of the governor.
so in these above faults can be checked during fault condition .
By above vertical we can learn that how many fault being in generator protection which required to keep in mind when we protect a generator. if you find any incorrect in this article pleas comment in comment box.

For more know about generator protection pleas sea this video.