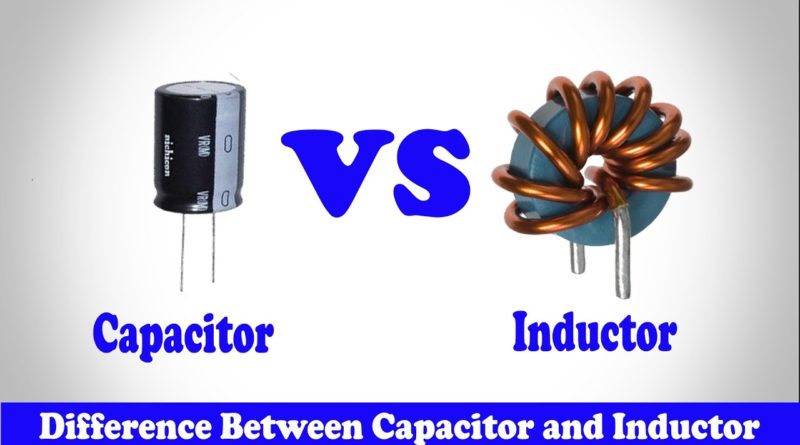 Capacitor is a passive electrical component , which is made up by two conductors. Between two conductors insulator is filled. When potential difference is applied to the plates , an electric field is generate and charge is stored. As a insulator many dielectric materials are used ( myler, porcelain, mica) are generally used. Dielectric material is used for storing the energy. On bases of use of material capacitor type defined.  capacitor is used widely in electronics and electrical circuits. Type of capacitors are film type, electrolyte type and variable type  capacitors.

Inductor is also a passive electrical component. Inductor or chokeis both is same. Inductor generally a twisted into coil. When current flow through the inductor magnetic field is generated and it stored charge according to its rating. Inductor behave as short circuit to the DC current and oppose alternative current. Oppose to the direct current is based on frequency of supply. Inductor used in tv, radio as filter in electronics circuit. In transformer for making winding, in automobile for generating spark for starting fuel combustion process etc.

Difference between capacitor and inductor

1) Unit of measurement for capacitance is fared and for inductance is Henry.

2) Main type of capacitors are ceramic, tantalum, electrolyte and type of inductor are multilayer inductor, molded inductor, and ceramic inductor.

5) Capacitors use at high frequency and inductors are used at low frequency supply. Both are used in filter circuit for filtering noise and unwanted signals 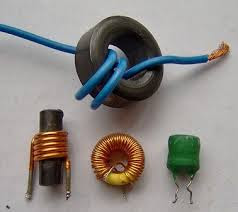