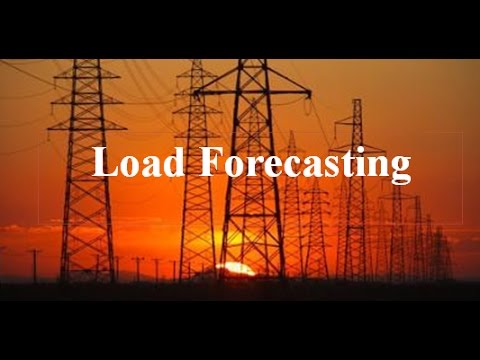 In this article we will discuss abbout the reactive load forecasting methods. we will also studied about the series compensation shunt compensation, capacitor planning etc.

The planning criteria for reactive load forecast may be adopted as follows:

If the load is constant, switched capacitors can usually supply the SVRs for the load and the line losses, thereby reducing current in the line, improving the power factor and thus regulating the voltage. If the load varies and the switched banks cannot be dispatched rapidly, enough to meet the load, then an SVC maybe required.

Dispatchable generation refers to sources of electricity that can be dispatched at the request of power grid operators or of the plant owner according to market needs. Dispatchable generators can be turned on or off, or can adjust their power output accordingly to an order. This is contrast with non-dispatchable renewable energy source such as wind power and solar PV power that cannot be controlled by operators. The only types of renewable energy that are dispatchabl without separate energy storage are biomass, geothermal and ocean thermal energy conversion. these are provide information about the reactive load forcasting methods.

Dispatch able plants have different speed at which they can be dispatch able. The fastest plants to dispatch are hydroelectric power plants and natural gas power plants. For example, the 1,728 MW divorcing pumped storage power plants can reach full output in 16 seconds.

Although theoretically dispatchable, certain thermal plants such as nuclear or coal are designed to run as base load power plants and may take hours or sometimes days to cycle off and then back on again.

The attractiveness of utility-scale energy storage is that it can compensate for the indeterminacy of wind power and solar PVpower. During 2017, solar thermal storage power has become cheaper and a bilk dispatchable source. Earlier, affordable large-scale storage technologies other than hydro were not available.

The main reasons why dispatchable power plants needed are:

Change in the electricity output sent into the system may change quality and stability of the transmission system itself because of a change in the frequency of electricity transmited; renewable sources such as wind and solar are intermittent and need flexible power sources to smooth out their changes in energy production.

Nuclear power plants, for example, are equipped with nuclear reactor safety systems that can stop the generation of electricity in less than a second in case of emergency.

Hence these are reactive load forecasting methods. if you will find any incorrect in above article you must comment below in comment box.