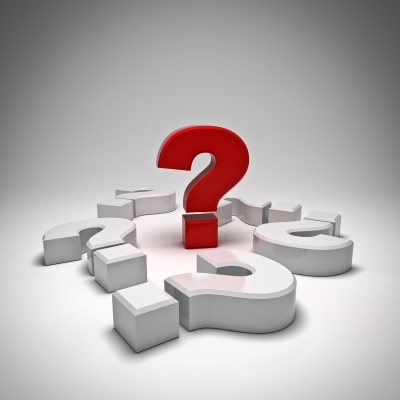 1. What is control system?

2. What is feedback in control system? What are its characteristics?

Feedback is that property of a closed loop control system which allows the output or some other controlled variable of the system, to be compared with the input to the system, so that the appropriate control action may be formed as some function of the output and input.
A feedback is said to exist in a system if the cause and effect between variables is interrelated.

3. What is system error?

4. What are control system components?

5. Which types of servomotors generally lend themselves to small horse power requirements?

6. Give one advantage of the two phase servomotor over the shaded pole type.

7. Why are drag-cup-construction used in rotors of certain fhp machines for control purposes?

In drag-cup-construction all heavy iron lamination remain stationary and only a light cup rotates, so the inertia is quite small.

8. Why is series compensating winding employed in the amplidynes?

Compensating winding is connected in series with the power output brush terminals of the amplidyne to neutralize the armature reaction mmf set up by the load current and increase amplification factor.

Com mutating poles are required in amplidynes to give satisfactory commutation

10. Why amplidynes are not extremely over-compensated

Amplidynes are provided with split-poles to provide space for inter poles.

A motor in which the rotor turns in discrete movements is called a stepper motor.

13. What are the two types of stepper motors?

14. For the same number of poles which stepper motor produces?

15. Where is stepper motor used?

Super motors are used in industrial situations which call for precise positioning of an object or precise control of speed without having to resort to closed-loop feedback. ,, it is most important question of control system.

AC tachometer does not cause any maintenance problem of commentators and brushes.

17. What is transfer function?

A linear system is a system that follows the law of superposition and homogeneity.

19. What is analogous system?

20. What is signal flow graph?

A signal flow graph is pictorial representation of the simultaneous equations describing a system. It graphically displays the transmission of signals through the system, as does the block diagram.
21. What is meant by overshoot?
Over shoot is maximum difference between the transient and steady-state solutions for a unit step function input.