DC Generator
September 23, 2016 admin 0 Comments
In this article we will learn about the electromagnetic induction, we will also know about the right hand rule, left hand rule, helix rule .

This principle was given by Michael  Faraday and is used in DC generators. 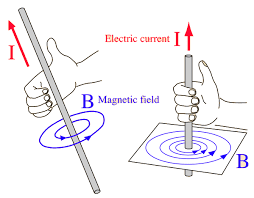 With reference to electromagnetic induction, Michael Faraday has given two laws,
They are as follows.

The induce EMF , in any closed circuit is equal to the time rate of change of magnetic flux linkage with the circuit. 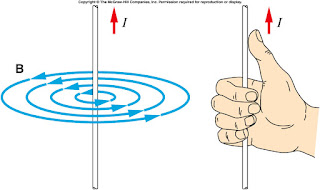 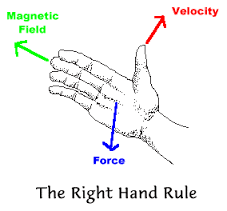 Magnetic field in a current carrying conductor is also made of concentric spherical magnetic lines.
The difference is that, inside the loop, these electric lines are concentrated and outside the loop, they are at some distance from each other. 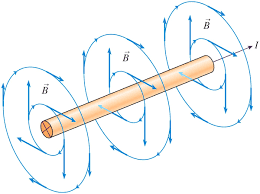 The poles of a solenoid can be pointed out by any of the following rules.

According to this rule, if the solenoid is held in such a way that curled fingers represent the direction of current, then right hand thumb or outer stretched points towards North pole.

If on observing, we find from one pole, the direction of solenoid current is clockwise then, that pole is south pole and if current direction is anti-clockwise then it is north pole.
Hence it is the Faraday law of electromagnetic induction if you will find any incorrect above please you must comment below in comment box

For knowing more about the Faraday law of electromagnetic induction you must watch this video.