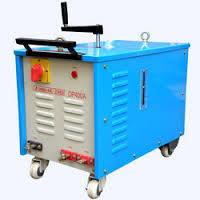 In this article we have studied about welding transformer working and application. 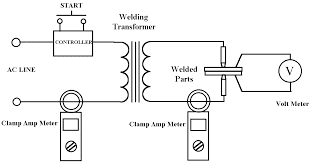 For welding with direct current (DC) a rectifier is connected to the secondary of the transformer. There may also be a filter choke or an inductor to smooth the DC current. the entire transformer and rectifier assembly may be called a welding power supply. The winding used for the welding transformer is highly reactive. Otherwise, a separate reactor may be added is series with the secondary winding.

To control the Arc ,various reactors are used with welding transformers. Some methods to controls the arc are given below.

With the help of taps on the reactor, the output current is regulated. This has limited number of current settings.

A moving shunt reactor is one in which the position of the central magnetic shunt can be adjusted. Change of the output current is obtained due to the adjustment of the shunted flux.

To adjust the reactance of the reactor, the required DC s

aturation if the DC excitation current is more. Therefore, changes of current are obtained due to the change o reactance