Working and type of fuse

A fuse unit essentially consists of a metal fuse or link element, a set of contact between which this is fixed and body to support and isolate them. May types of fuses also have some means for extinguishing the arc which appears when the fuse element melts

There are various types of fuse units, most commonly available are. 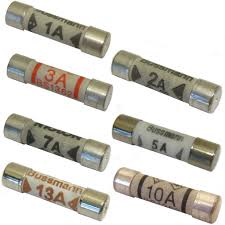 This type of fuse unit consists from Bakelite or porcelain box .for holding the fuse wire between them used two separated wire terminals. This type of fuse is not used as common fuses. There is advantage below of this fuse. 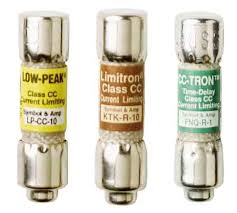 One of the terminals remains always energized and therefore for replacement of fuse either the worker will have to touch the live mains or open the main switch.

It consist of a porcelain base carrying  the fixed contacts to which the incoming and outgoing live or phase wires are connected and a porcelain fuse carrier holding the fuse element. The fuse carrier is separate part and can be taken out or inserted in the base without risk, even without opening the main switch. If fuse holder or carrier gets damaged during use, it may be replaced without replacing the complete units.

1. The fuse wire deteriorates, over a period, due to oxidation through the continuous heating up of the element.
2. There is a renewable or possibility by the fuse wire of wrong size.
3. Accurate calibration of the fuse wire is impossible as a longer fuse operates earlier than one of shorter length.
4. Its Breaking capacity is very low (4,000 A on 400V).

This is fully enclosed type fuse unit. It essentially consists of an insulting container of tube or bulb shape and sealed at its ends with metallic cap known as cartridge enclosing the fuse element and filled up with granular or powder materials known as filler. There are various types of materials used as filler like sand, calcium carbonate, quartz etc.
The powder in the fuse cartridge condenses and cools the vapor and quenches the arc there by interrupting the flow current.

• Against fire risk. It provides complete security
• It’s totally enclosed units
• This is available up to 660 V and current rating up to 800 A.

With very heavy generating capacities of the modem power stations,  in case of fault condition extremely heavy currents would flow into the fault and the fuse clearing the fault would be required to withstand extremely high stresses in this process fuses commonly known as HRC fuses, designed and developed after intensive research for use in medium and high voltage installations, are used for such duties. Their rupturing capacity is as high as 500MVA up to 66kv and above.

• They are cheap as compared with other type of circuit interrupter of same breaking capacity.
• No maintenance is required
• The operation sure and quick. 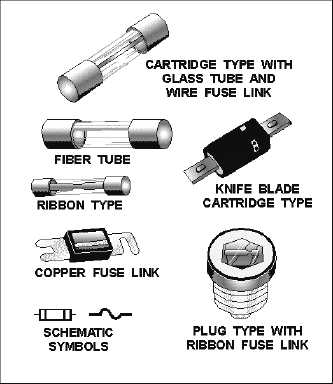 • They do not deteriorate with time.
• This fuse is follow  inverse time current characteristics
• They are quite reliable and can be selected for proper discrimination.