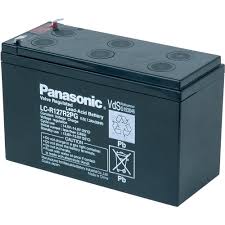 It is the main overview of lead acid battery,working and construction.

In this topic we are discussing about the lead acid battery working , and construction . mainly construction

It is most important part of lead acid battery. Which separate the positive and negative plates from each other and prevents the short circuit? The separators must be porous so that the electrolyte may circulate between the plates . The separators must have higher insulating resistance and mechanical strength. The material used for separators are wood, rubber, glass wood mate, pvc.

in lead acid battery dilute sulphuric acid (H2SO4)is used as an electrolyte. For this purpose one part concentrated sulphuric acid is mixed with three parts of distilled water.

Container is a box of vulcanized rubber, molded rubber, molded plastic, glass or ceramic , on the base of this box there are supports block on which the positive and negative plates are established. Thus between this supports there are grooves which works like a mud box. The active material separated from the plates get collected in this mud box and it cannot make the contact with the plates thus the internal faults due to the mud are avoided.

In lead acid battery it is also made of the same material which is used is used for making container. It is used to cover th complete cell after the installation of the plates in it . it protects the cell from the dust as well as other external impurities.

It works like a link and used to connect the two cells in series. Terminal of one cell and negative terminal of another cell.

There are the terminals of the battery which are connected to charging circuit as well as the load. For identification the diameter of the positive terminal is design more as compared to the negative terminal.
Hence it is the lead acid battery construction, working also discuss below.

Dilute sulfuric acid used for lead acid battery   has ration of acid: water = 1:3.
This lead acid storage battery   is formed by dipping lead peroxide plate and sponge lead plate in dilute sulfuric acid. A load is connected externally between these plates. In diluted sulfuric acid the molecules of the acid split into positive hydrogen ions  and negative sulfate ions  . The hydrogen ions when reach at PbO2 plate, they receive electrons from it and become hydrogen atom which again attack PbO2 and form PbO and H2O (water). This PbO reacts with H2 SO4 and forms PbSO4 and H2O (water).

Hence it is the lead acid battery, construction and working. if you will fined any incorrect in this article pleas comment below in comment box.